How to Make Money in the Stock Market 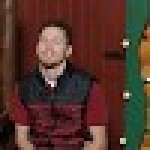 How I’ve Made Money in the Stock Market in 2019

As I sit here on a crisp November day in my Hue Hefner robe with my pipe in my mouth….just kidding. I’m in a hoodie and sweatpants. Anyways, and I look at my portfolio I see I have more gains than a body builder. Tesla is at $317 per share. Apple is at $257 per share. Facebook is creeping back up to $200. I’m reflecting on this past year and want to share with you how to make money in the stock market.

In January 2019 Apple’s stock dropped all the way down to the $140’s. News of falling iPhone sales in China, cutting supply chain and lower revenue guidance just absolutely tanked the stock. Tim Cook decided to stop reporting individual product sales, including iPhones. Smart move on his part! He doesn’t want people to focus on just the iPhone or just the iPad. It’s all about that big picture and the ecosystem at Apple. And that’s why I jumped in and bought shares at $146. I knew Apple was down but not out and that $146 was a screaming deal. They have been talking about rolling out a streaming service, among other services they already have. They talked about rolling out a credit card. They were really building up their newest iWatch and how it could link to healthcare. Apple has been and will be the ultimate buy and hold for me. Today, Apple is at $257

For the past couple years Tesla’s stock has consistently been in the mid to upper $300 range. That’s until their CEO started getting idle hands and sent out some questionable tweets. Questionable enough to get the SEC involved! That, along with drops production and delivery sent the stock dropping fast all Spring and Summer. Tesla dropped down to $282 in March so I bought. They were getting no love from the media. Constant bashing from analysts and short sellers and lack of profits caused the stock to drop even more in August so I bought more shares at $211. I was looking at the bigger picture.

While all this negativity was happening they were hard at work building a gigafactory in China the size of three football fields. Plans of rolling out their first SUV and truck started to come out. They also came out with their first affordable car. The $35,000 Model 3.  That all was more than enough to get me excited! In late October 2019 Tesla reported a profit, causing the stock to skyrocket $70 in two days.

A lot could still happen with these stocks. But that’s to be said with any company. The great thing is, going against the grain has paid off. To win in the stock market it doesn’t take a degree from Harvard. You just have to do some research, have confidence and be patient. If I can do this, you can! Don’t make a decision based on friends, family or even so-called “analysts”. Go off of what YOU believe, based on the work and research you put in. Read company info, listen to conference calls. You got this!

If you are interested in Dividend stocks I have a blog on three of my favorite dividend ETF’s.